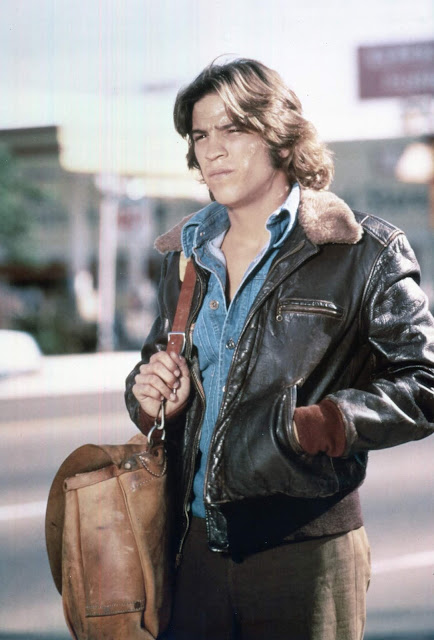 MGM Studios has had their paws in the wolf genre since the Tex Avery Little Red Riding Hood cartoons of the 1940s. They produced the highly successful film, Dances with Wolves (1990). MGM specifically loved the young werewolf franchise. Teen Wolf (1985) with Michael J. Fox was a fun hit, and even Teen Wolf Too (1987) with Jason Bateman had mild success. There was also a Teen Wolf (1986) cartoon. Wolf fever from MGM continued on a popular MTV series, also called Teen Wolf (2011), inspired by the eighties film.

But beneath all that fur and teen "fangst," before the werewolf dancing and basketball, was a lost show called LUCAN (1977) 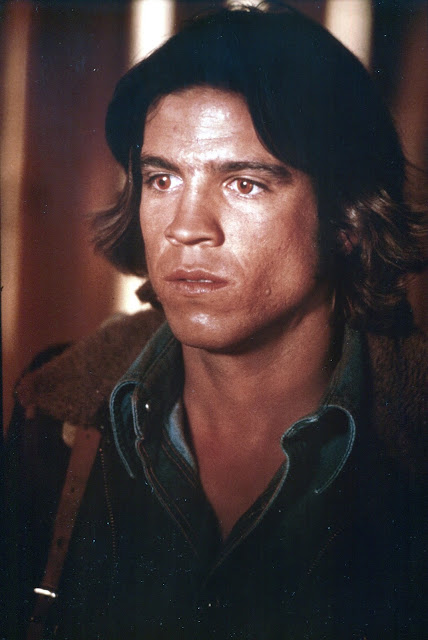 LUCAN (1977) is now on DVD and available to purchase in the WB Shop and through Amazon and other retailers.


Until 2018, LUCAN (1977) was hard to find. Original recordings were sold on homemade creative DVDs, but the quality was less than stellar and the series incomplete. According to some sources, there were 16 episodes, and the last four were unaired. It's more likely there were four additional scripts prepared. Since the official release, it's been confirmed there are only twelve filmed episodes.

It's hard to know the ins and outs. Usually, the go-to reason is low ratings. One mistake was that the ABC Network put LUCAN (1977) on hiatus months at a time. I didn't see any Writer's strikes mentioned during its run. Were they using LUCAN (1977) to fill slots when they yanked other shows off the air? When you tinker with an audience's viewing habits, they forget and lose interest fast. It's unfair that LUCAN (1977) was tossed around. The show would've had a fighting chance with a regular weekly schedule.

I don't have full summaries or verdicts for every episode yet but I will be adding them eventually when I find time to re-watch and take notes. Bits of the short episode synopses were taken from TV.com and you can also read short ones at Ultimate 70's. 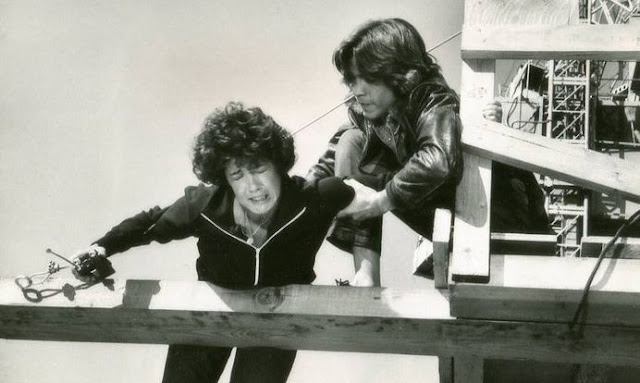 A 10yr-old child raised by wolves in Northern Minnesota is brought to a California University and taught the ways of civilization by a kind scientist. He is given the name Lucan. At twenty-years-old, he ventures out into the world to find his parents. Lucan has remarkable agility and wolf-like characteristics, but he is also wise, kind, and gentle. On his first job at a construction company, Lucan's immediately bothered by the foreman and his cronies. Lucan befriends the shady company owner's daughter and helps her to find the courage to make her own life decisions. 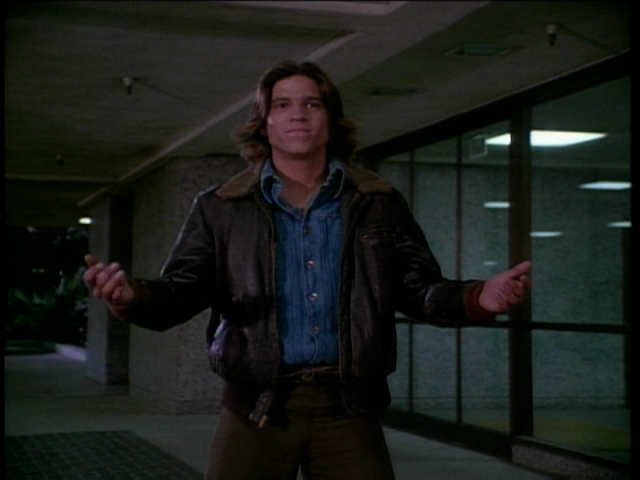 The Pilot movie is straightforward, and I don’t think it’s the best entry of the series. I enjoyed the first half, as it sets the backstory in amusing and touching clips showing Lucan’s behavioral and learning process. After an impressive feat on the gym ropes, Lucan is sought out by coaches to play on their sports teams, but he politely declines. Meanwhile, the school administration still treats him like an animal and doesn’t trust that Lucan’s been fully “domesticated.” Despite evidence to the contrary, they fear he’ll revert back to his wolf-like behavior and harm residents or cause trouble outside campus walls. Lucan’s Mentor, Don Hoagland, puts up a fierce defense, but he’s voted out of the school. 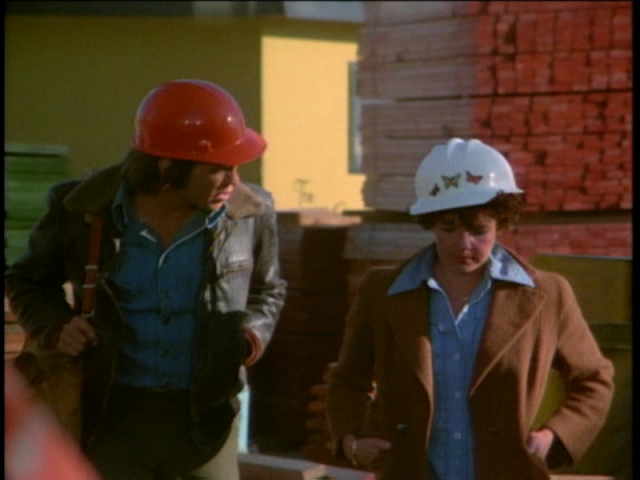 The latter half focuses too much on side characters we won’t meet again, nor would we care to, but the lead performances by Stockard Channing and Ned Beatty make up for those meandering scenes. In anthology shows, we rarely meet the supporting characters a second time because the protagonist is always on the move. 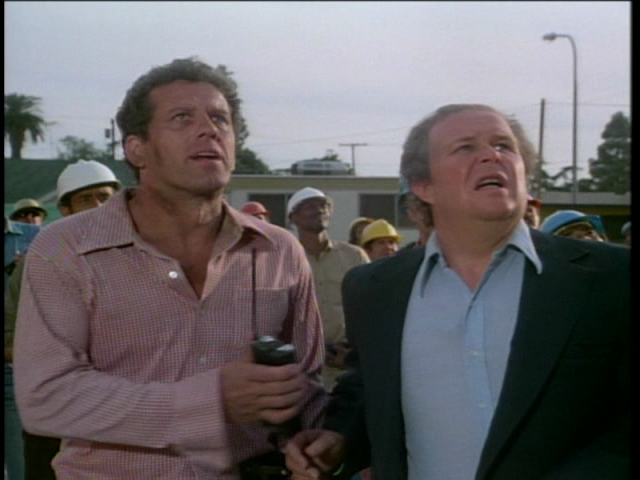 I like how we’re gradually introduced to Lucan’s abilities. The gym sequence is fun, and a scene where Lucan's chased down by hired thugs on motorcycles offers real tension, as well as Mickey’s dramatic rescue from the construction elevator.

The show went through plot changes, so don’t be surprised to see Hoagland again. I’m glad he returned. His death was futile. I appreciated the simplicity of Lucan’s journey at the start, but it needed more “oomph” as a whole to capture an audience. 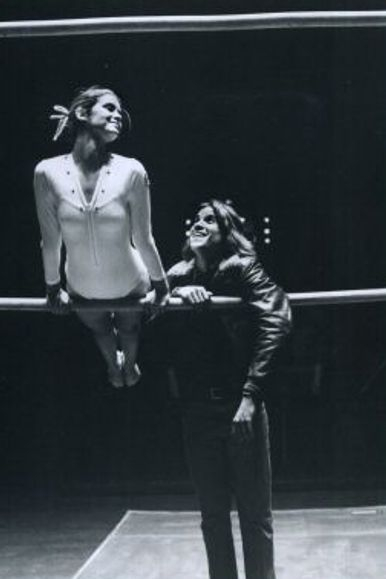 Lucan falls in love with a Bulgarian gymnast and must protect her from a sinister plot to keep her away from a critical gymnastic competition.

Lucan’s out jogging and see’s a pretty girl bike riding. She’s ambushed and chased by a man who tries to drag her into his car. Lucan rushes to help. Her name’s Tashi, and she’s unsure why she was attacked, but she needs a place to hide. Lucan takes her to the Zoo, where he temporarily works tending to baby animals. At first, Tashi doesn’t trust him and is curious why he doesn’t have a last name. They develop a bond, and Tashi asks Lucan to help her get a letter to her best friend Elena – only she alone can receive it. Lucan genuinely wants to help, and he’s also attracted to Tashi.

At a hotel, Elena gets into a car with a mustached man. Focusing his senses, Lucan runs the entire length of the car ride. They stop at an arena where a pre-Olympic Gymnastics tournament will be held. Lucan gives Elena the letter. She’s anxious, but she’s also working with the mustached man, her husband, Miklos. While in the control room, they trap Lucan in the Arena and automatically lock the exits. But then Miklos lets him go.

Lucan attempts to run all the way back to the Zoo. (Kevin Brophy must have been some kind of track star with all that running he did!) The baddies stop Lucan, pretending to be cops. Who better than Brian Dennehy to play the more evil of the two? They threaten him with imprisonment, and by now, we know that Lucan hates cages. Lucan jumps out of the moving car. 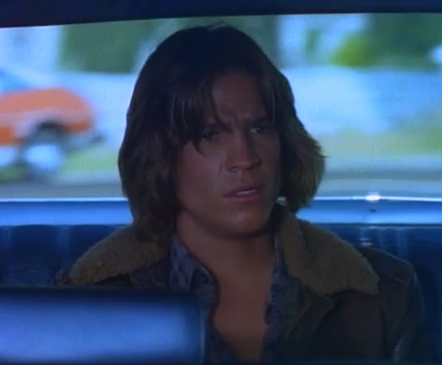 Tashi tells Lucan the truth. Her real name’s Natasha Travolinka, and she’s a world-class gymnast from Bulgaria. She’s afraid because someone’s trying to kill her. Within three days, they’d tripped her in the dark, cut her practice ropes, and left her dangling in mid-air. Finally, the men grabbed her in broad daylight off the bicycle path. At the International Gymnast Festival, there’s a lot of money gambled and invested in the winner. In the park, Natasha shows off her athletic skills, and Lucan stuns her with his self-taught acrobatics. She can’t believe he’d never trained professionally.

A recurring theme on the show is when everyone tries to guess Lucan’s ethnicity. Natasha asks if he’s Indonesian, because of his darker features and the fact that he doesn’t have a surname. Lucan responds that he’s unsure and opens up about not having a family. Although Lucan doesn’t keep his identity a secret, he doesn’t tell her he was raised by wolves. Lucan senses they are being followed. He takes Tashi’s camera and chases after the stalker. He shows Tashi the photo, and it turns out to be Miklos’ cousin, a journalist. 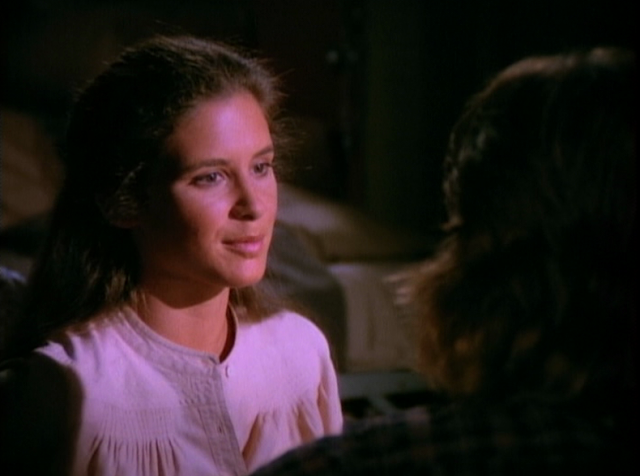 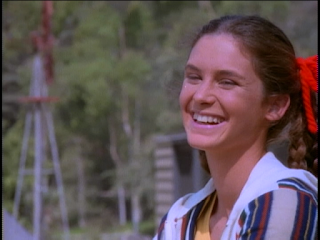 Tashi doesn’t want the Police involved because she can’t betray Elena, her colleague. She’s convinced that Elena is only going along with her husband’s plan.

Miklos begged Tashi to lose on purpose and let Elena win. Tashi’s still very young, but this would be Elena’s last chance to fulfill her dream. Tashi refuses to do that even though she loves Elena.

Back in Lucan’s bunk, Tashi asks Lucan to be her bodyguard until the competition. He obliges, and they share a kiss. Tashi and Lucan are kidnapped by Miklos’ men. Lucan and Tashi find an escape, but she sprains her ankle. She’s determined not to lose, and Lucan teaches her to control the pain. Miklos attempts to sabotage Tashi while she’s competing, but Lucan thwarts him. Tashi flubs the landing in her first attempt because of her twisted ankle, but her final routine is flawless. Miklos is arrested and deported. Tashi cries that she never wants to leave Lucan. He cries too, but it’s impossible to care for her. He has no home, and he needs to find his family. Lucan tells her to make the best of her life for him.

“Listen to the heartbeat” is the sweetest episode because it introduces Lucan to romantic first-love. Lucan proves he’s loyal and trustworthy. He discerns a need and gets involved. Lucan puts his life on the line to help others, even if they don’t ask. We know their relationship won’t last, but you hope that Lucan eventually finds the answers he seeks so his heart can be settled enough for true love and the possibility of a stable life.

“Listen to your heartbeat. Listen so hard it becomes as loud as thunder.”

“I don’t see what I could get by winning a game that would be important to me. Or how losing a game could hurt me. But doing your best, that’s different. You have to do your best…to be the best that’s in your nature to be.”

“I know what winning is now. It’s just status, and status is almost nothing. People shouldn’t worry so much about so little.” 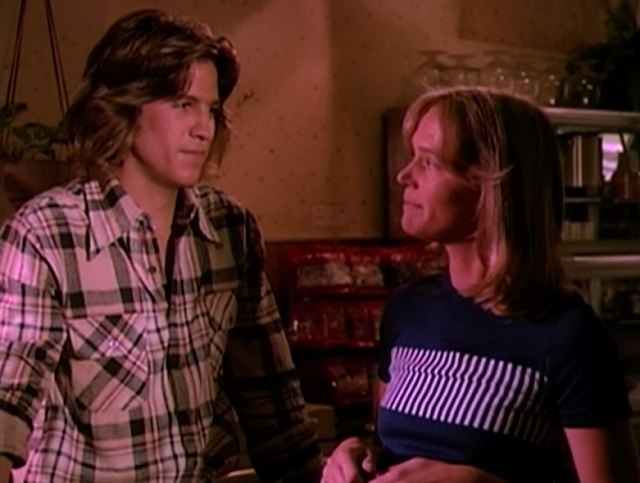 Lucan returns to his old countryside in Minnesota. He finds a job at a small diner run by Penny, a kind young woman who takes a liking to him but is curious about his mysterious comings and goings into the forest. Lucan soon runs into trouble as the farmers hunt down the wolves he grew up with, and a local Sheriff with a guilty secret develops a grudge against him. 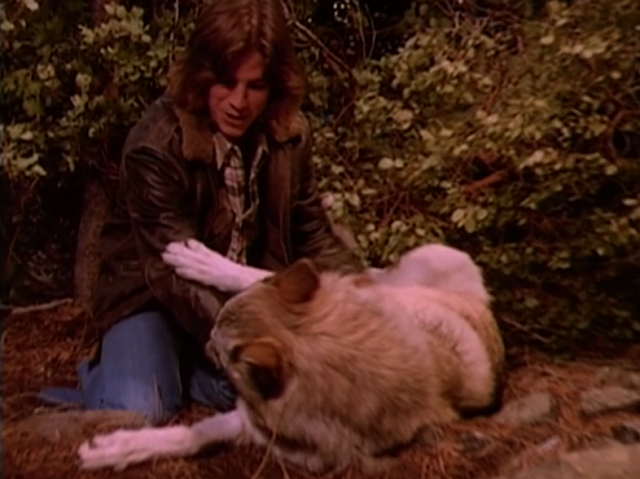