Lucan On The Run 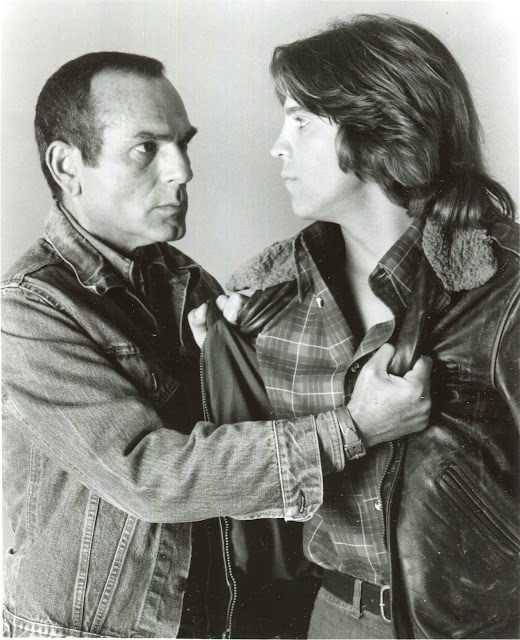 From the MGM Feature Photo Blurb:

With a Bench warrant for Lucan's arrest, Detective Arnold Prentiss (Don Gordon) briefly confronts his prey in an upcoming episode of LUCAN, MGM Television's adventure series for ABC exploring the plight of a young man with animalistic instincts who was raised by wolves. Kevin Brophy stars as the wolf boy, who is not only running from the law but who is searching for his real parents and the reason he was abandoned in the wilderness as an infant. Lew Gallo produces LUCAN for MGM Television.

When Lucan escaped the University, they still "owned" him by court order and claimed he was a danger to society. The University sends a Bounty Hunter named Prentiss to bring him back for caged observation. Prentiss was introduced in the heart-tugging 5th episode, "How do you run forever?" 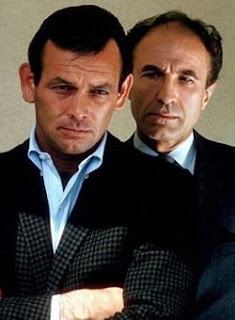 Prentiss is tenacious with just enough compassion for viewers not to hate him. He's much like his television predecessors Lieutenant Gerard chasing Dr. Richard Kimball on The Fugitive (1963), and the abrasive Journalist Jack McGee looking for "John Doe" (Dr. David Banner) on The Incredible Hulk (1977). 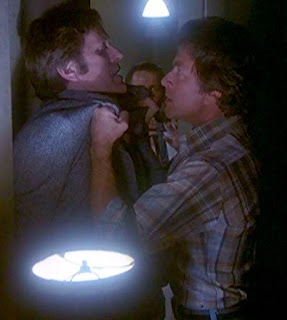 The plot shifted dramatically when Lucan became a fugitive after a tragic incident at the University. One night while visiting Doctor Hoagland, Lucan catches two doctors breaking into a science lab to steal drugs. A fight ensues, and a chemical fire erupts. One of the doctors escapes with a badly burned arm, and the other dies at the scene, but not before he blames Lucan for the fire and theft. Flashbacks to that night are revealed in an excellent episode called “Nightmare.” 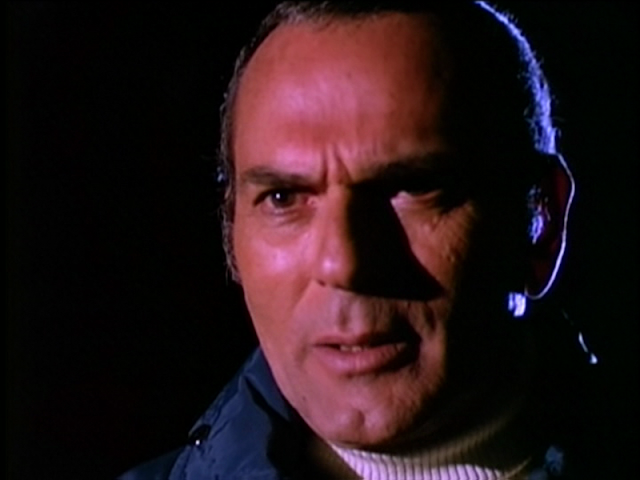 The plot is slightly derivative of the lab scene in The Incredible Hulk Pilot (1977). A chemical spill in Banner's lab, inadvertently caused by Jack McGee, nearly blows up the entire Culver Institute. David turns into the Hulk and saves his partner, Doctor Elaina Marks, but once outside, she dies in Hulk's arms. McGee starts his obsessive hunt and blames the Hulk for the death of Banner and Elaina. 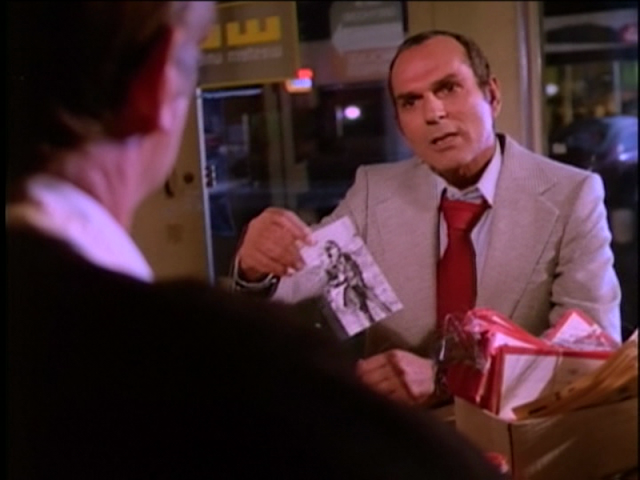 LUCAN (1977) was a gritty, folksy, introspective Adventure drama. The tone and themes were best suited for the charming, breezy 1970s television era. LUCAN (1977) tells a simple tale of a humble and kind young man with remarkable abilities. A man coming-of-age, on an earnest quest to find his parents and himself. But as the show was retooled, he became like many other kind-hearted TV fugitives and fought for justice to protect the innocents and underdogs.
Reactions: