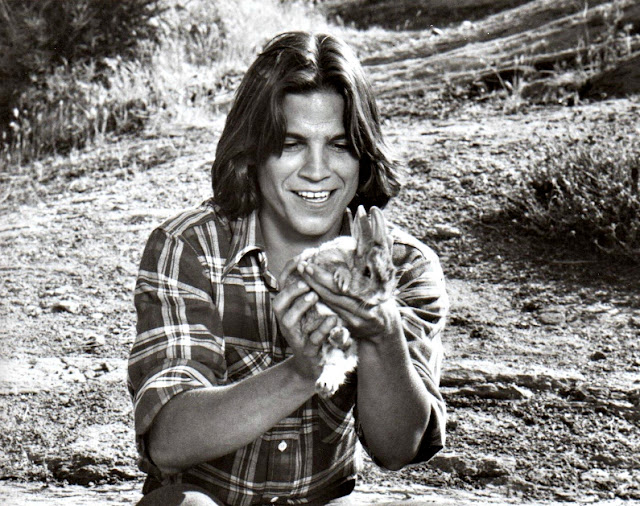 Lucan possesses near-supernatural agility – He scales walls, ropes, trees, cliffs, and bridges with relative ease. How fast can he climb?

“It depends what’s chasing me.”

When a gym coach is shocked at his speed, Lucan replies, “I used to play with the bears.” Despite his incredible feats of dexterity, Lucan declines to show off or join any sports teams.

Lucan can howl, growl, and fight like a wolf, and he runs like an Olympian. Lucan possesses an uncanny rapport with animals and manifests a deep instinct for danger. Like a tingling “spider-sense,” Lucan knows when he’s being stalked, or if a predator is about to attack.

Lucan’s core body temperature is similar to a wolf, which by some estimates, is 103.3 to 104.3 degrees Fahrenheit. This fantastic discovery prompts a confused doctor to jokingly ask a colleague if he should “call a Veterinarian” after taking Lucan's temperature. Lucan prefers to rest in the daytime and prowls around restlessly at night. He’d rather sleep on the floor or even in the trees than on a cushy bed.

When he left Dr. Hoagland’s care, he had to be reminded to “Keep your hand on your wallet.” and “Wear your shoes!" 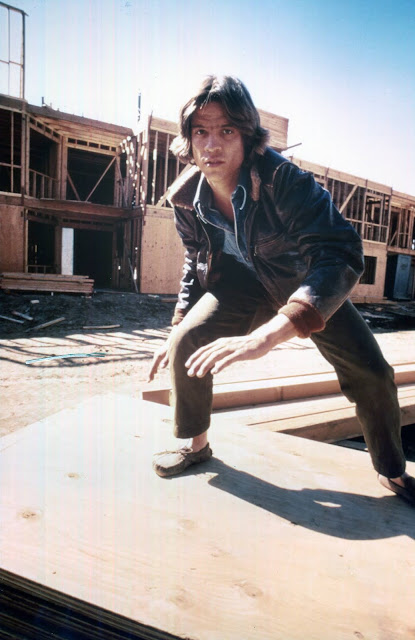 LUCAN (1977) skirted fantasy themes. Like Dr. David Banner (The Incredible Hulk (1977), when enraged or Mark Harris (Man From Atlantis (1977) when he hits the water, Lucan’s eyes change color when his wolf senses are riled. It freaks people out and serves him well. But don’t confuse Lucan with a werewolf. Lucan doesn’t literally turn into a wolf or even a half-wolf. His teeth don't grow into fangs, and he doesn't sprout coarse fur. He is still a human being with keen, wolf-like traits.

But those eyes do make you wonder … 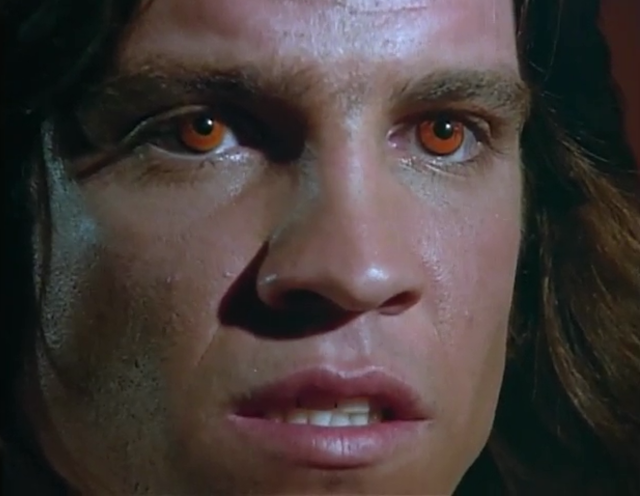 The physical facets of Lucan’s character remain a mystery which the writers didn’t explore before the show’s cancellation. Dr. Hoagland concluded in his reports that “Metabolically, he is more wolf than man.”

The key lies with his parents. Perhaps Lucan was Native American and left behind in the woods, or maybe his parents were involved in ritualistic practices, and he was sacrificed to wolves? Was his family "accursed" by the Gypsies? Or perhaps they were Gypsies. (In the fabled sense) These theories about Lucan’s heritage are presented in the show.

At one point, he’s thought to be Romanian and later called a Gypsy. After successfully knocking down a champion in a boxing match, the announcer called out that he’s “running around like a triumphant Indian!” Lucan is bullied by vicious farmhands who think he’s Mexican. When Lucan proved his tracking prowess in the mountains, he’s again asked if he’s Native American.

The answer is always the same for Lucan. He doesn’t know. More fascinating to ponder than his ethnic roots, where does Lucan get his wolf-like senses? Was his mother bitten by a mystical wolf? Was his father a werewolf? No supernatural theories were presented in the series. Or are the red eyes merely a sign for the viewer to know he's using his developed "wolf" senses, but they don't really change?

What if Lucan’s abilities were the result of scientific and genetic tampering? Maybe the experiment went awry, and he was left in the woods? There’s many “What ifs?” to ponder should they decide to reboot this series. Regardless of the answer, Lucan’s missing parents were the driving force of his quest into the world, and the longer they stayed missing, the more adventures he encountered.
Reactions: